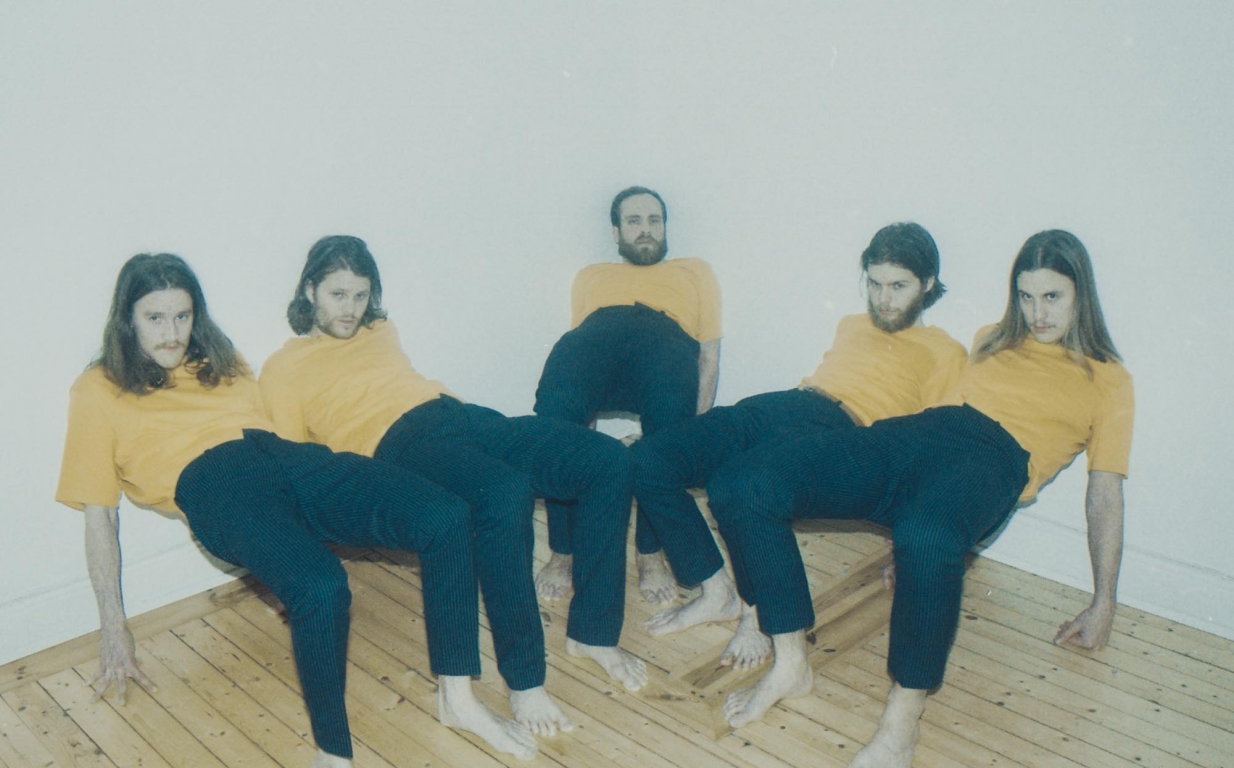 TICKETS AT THE DOORS 12/9 for students

Axel is hanging upside down with his feet tied to the bass drum. The yellow color the audience painted his face with during the show is pouring down into his eyes as he sings out we all should ”melt into the night together”. The Bland and the audience have entered an elevated state in the last song of their show, and it feels like everyone in the venue have lived a life together.

The energy outbursts, rituals and experimental parts in The Bland’s indie pop performances often evokes acts like Arcade Fire, The Doors and The Rolling Stones and they’re developing a reputation for their eccentric and sometimes nearly psychotic stage presence.

“Pure music euphoria and an enthusiastic audience, more is not possible.“ - Kieler Nachtrichten

”Reviving the rock genre” - Nothing but Hope and Passion

Despite recent success - where The Bland have found themselves touring nonstop internationally with hundreds of shows last two years, over a million streams on Spotify and tons of radio airplay - the five friends behind The Bland remain seated and curious and claim they get together in-between every single show to create something new every time they step on stage, both visually and musically.

Though originating from Sweden, The members of The Bland met by chance in New Zealand while traveling. After falling in love with each other musically, the friends decided to go busking the streets of the world together. As their music developed so did the crowds in the streets - and when armed police one night had to shut down a dancing crowd in Italy, The Bland decided to go back to Stockholm where they bought a red cabin for recording their stories.

The result was ’The Beautiful Distance’, an album, a documentary and the biggest tour The Bland are leaving for so far and though they’ve only seen the beginning, they already claim it’s changed their lives. If you get the chance to see this band live, and travel with them from poetic depth to euphoric emotion - grasp it with all your power.