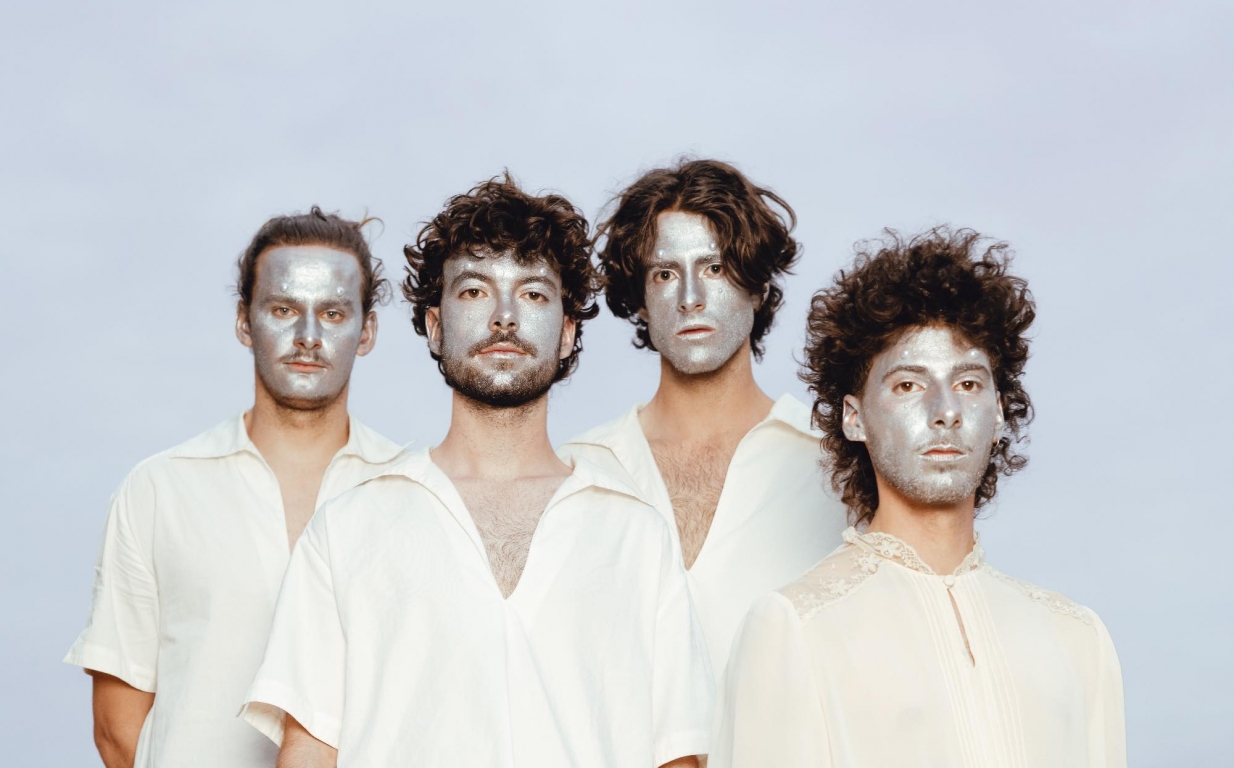 Tickets at the doors 16/13 for students

TUYS is a four-piece band established in Luxembourg and now based in Berlin, creating driving indie rock and emotive psych pop music with chiming guitars, synths, and wide-ranging vocals in three-part harmony. The band also heavily focuses on visual art and navigates on the threshold between fiction and reality with a satirical edge.

Today, TUYS are back with a new single, “Muddy Beach”. The track and self-directed music video take a surreal try at the dystopian scenario of online echo chambers. Between distorted digital trumpets and Beach Boys inspired choirs, the song invites you into an exclusive beach club where all members look alike and think the same. In the video, TUYS are among these members themselves and lead through cult-like dancing scenes full of endemic anomalies.