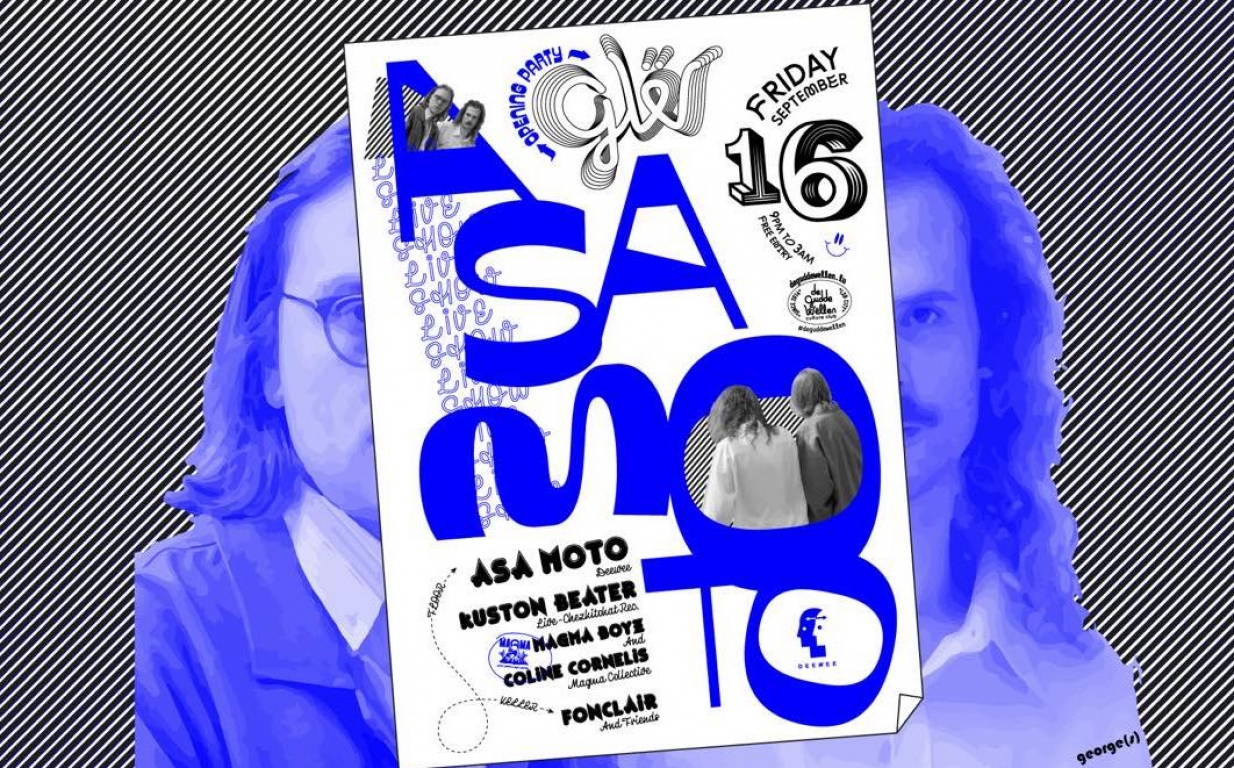 Join us for the full house sh-bam to crawl back into the walls of De Gudde Wëllen with a news season of events. Club and culture nights, concerts, board games, impro theatre, conferences and more.

Program of the night:

Asa Moto ( live show- deewee) Asa Moto are regular fixtures on the European touring circuit including support for Soulwax’s ‘ From DEEWEE’ album tour. As astute selectors they operate a bi-monthly radio show in Brussels on Kiosk Radio, ranging from obscure jazz records to contemporary electronic cuts. Asa Moto have re-adapted their unmistakable strain of body music into a live show which premiered on the main stage of the Lokerse Feesten 2019 and at the 40th anniversary of Ancienne Belgique, Brussels. In 2020 they co-produced and mixed the Grammy nominated Turkish band Altin Gun's follow up album 'Yol' and were recently asked to produce their new LP, titled ‘Âlem’, which is out now.