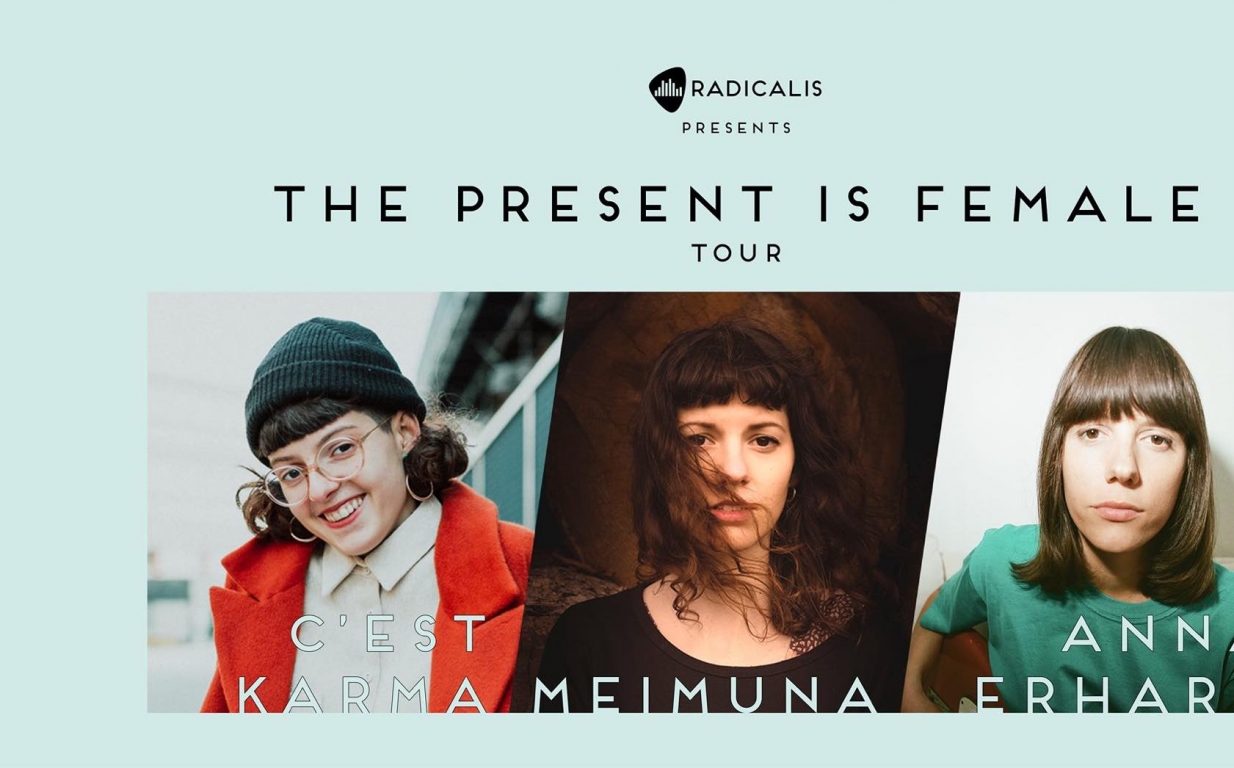 THIS EVENT IS POSTPONED. A NEW DATE WILL BE RELEASED SHORTLY

Radicalis is proud to present three exceptionally talented female artists on their joint european tour. In photographic order we are very much looking forward to new songs and old favourites from:

Karma Catena aka C’est Karma started her young career in the age of 15 busking on the streets of Luxemburg, two years later she opened for Milky Chance – her third ever concert. 2018 saw Karma winning Best Upcoming Female at the Luxemburg Music Awards, while she released her debut EP the year after, played shows around Europe with Latvians Carnival Youth and got selected for the INES talent program. All while parallely organizing the climate strikes in her home country. With her smooth and smokey voice Karma creates the intimacy of Daughter with the intensity of the young Sinead O’Connor.

Hailing from Valais Cyrielle Formaz is performing under the moniker Meimuna, inspired by a type of cicadas. There is an undoubted symbolic power between the artist and the insect trailing around metamorphosis and reincarnation since with her 24 years Meimuna is already looking back on her first artistic life with the band Macaô.

For her new project the young woman studied the works of Baudelaire, Verlaine and Patti Smith. Her enchanting melodies oscillating between Folk, classical heritage and ethereal Pop combine the clarity of melodic lines and the fusion of sonorous sounds.

Berlin-based by choice, the 30-year-old Anna Erhard writes songs about the different stages of movement: They circle around leaving, escape and transformation. Even though she herself found it hard to let go at first. After years of being the head of Swiss band Serafyn she left her home base Basel and hereby her musical comfort zone. This reset enabled her to find new room for musical expeditions and gave her an unknown freedom. In almost three years she created songs that speak her own language and tell of these eventful times. Anna Erhard often uses extracts and motives from her journal-like notes and puts them into music together with Berlin-based producer Pola Roy.

Recommended: „One Minute Of Silence“ - https://youtu.be/jaFCh5V9DGA