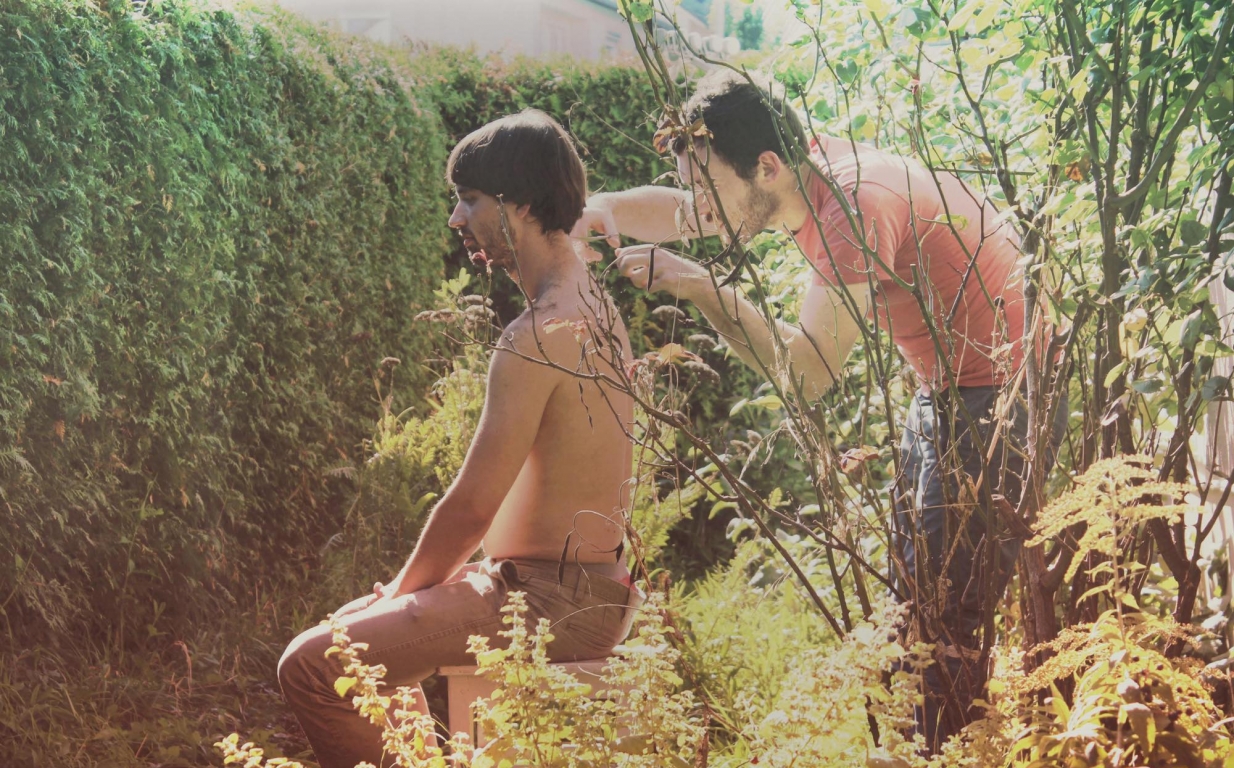 Entry 11 (9 for students) (reservations with the form below)

Klaus Johann Grobe continue to avoid easy classification with “Spagat der Liebe”, the follow-up to their mind-scrambling 2013 debut album “Im Sinne der Zeit”. Said debut was an easy to love, but hard to pin down fusion of krautrock, disco, Tropicalia, post-punk and experimental music that garnered rave reviews both in the USA & abroad. In between numerous European festival tours & opening slots for Temples, Moon Duo & the Growlers, the band holed up in their Swiss studio compound to record “Spagat der Liebe” in the autumn of 2015.

The sinister, late-night grooves present of their debut have been tempered a bit, in favor of somewhat sunnier dispositions, calling to mind an ecstatic party somewhere in sunny Ibiza. The albums title translates to “balancing act of love” & many of the tunes on “Spagat der Liebe” feel like love songs, either to a significant other, a mood, a feeling, or the dance floor - whichever you choose. The overall vibe of the album acknowledges the tenuous push & pull love can have on a person, not unlike the way a great DJ can make you feel ecstasy & romance all under an umbrella of glittering lights.

Tunes like album opener “Ein Guter Tag” & first single “Wo Sind” feel like a warm up, preparing the listener for the four-on-the-floor propulsion of “Rosen des Abschieds” - a song tailor-made to sweat to. Elsewhere the fragile “Heut Abend nur” (”Tonight Only”) & the synth-tickled “Ohne Mich” - which is closest the band has come to an honest to goodness pop tune - guides the listener by the hand towards floor fillers like “Geschichten aus erster Hand” and the absolutely DEVASTATING groove of “Liebe am Strand”, which is anchored by a rubbery bass groove & a killer flute solo that takes it over the event horizon.

Morr Music released last May Slow Steve's Adventures, the debut album by Ex-Fenster member Rémi Letournelle. Adventures is the first LP of the French man. His bubbling vintage synths (together with an impressive variety of instruments) will take you on a strange trip through imagined galaxies and secret deep-sea worlds. Call it weird, but this is amateur pop in all its glory, and the most natural outlet for Slow Steve. Think of Ariel Pink, John Maus, early Future Islands, old Krautrock luminaries or Arthur Russell.