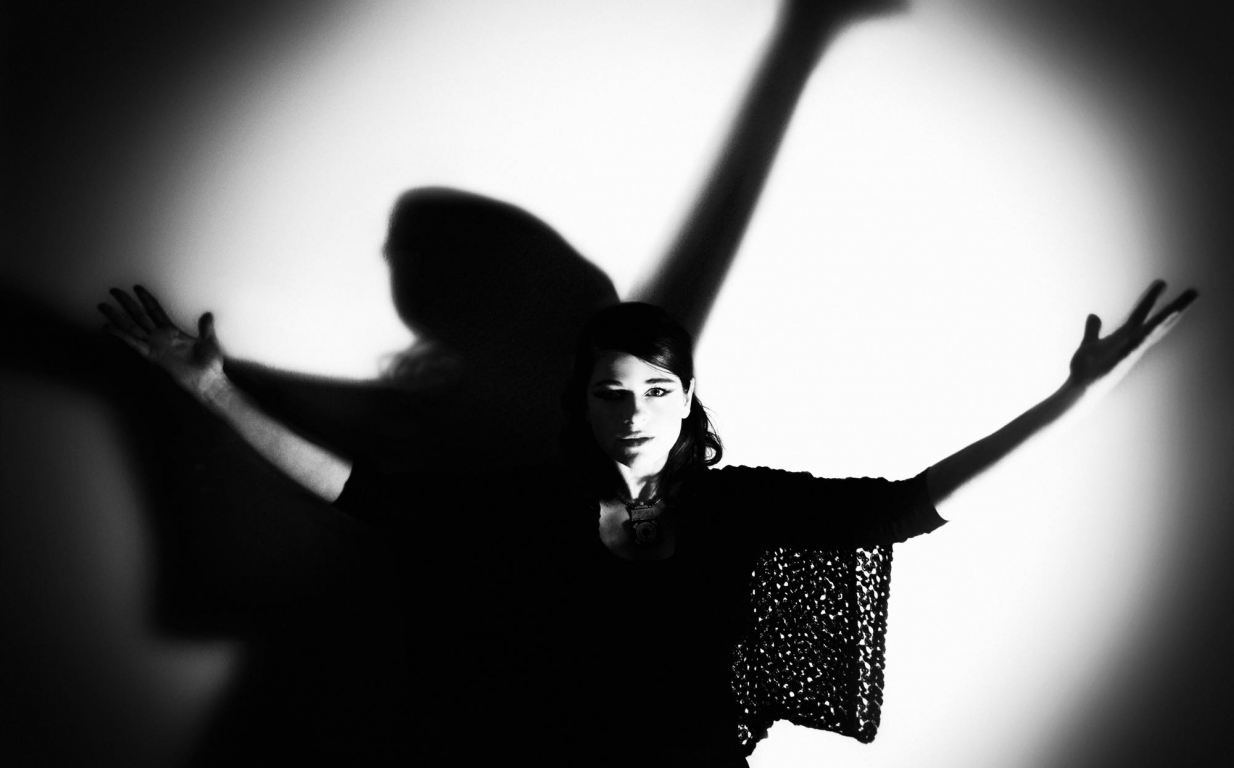 “Resonates with passion, lust and an exceptional sense of gripping melodrama. An extraordinary addition to an already impressively idiosyncratic catalogue”  - AMERICAN SONGWRITER *****

“Fresh and unsettling. A perfect master of noir-pop” – MOTHER JONES****

Gemma Ray’s latest opus The Exodus Suite is a dramatic 52-minute odyssey through her unique style of epic torch song psychedelia. Recorded live in seven days at the infamous Candy Bomber Studios (situated in the former Tempelhof Airport in Berlin) by Ingo Krauss, the album’s title reflects the personal-political themes of the songs within. The Exodus Suite will be released on 20th May 2016 on Bronzerat Records.

An unexpected yet inescapable influence on The Exodus Suite sessions was the presence of 8,000 Syrian refugees housed in the hangar beneath the studio during the recording. The stark reality of the refugees’ circumstances (whom are still housed there to this day), and the experience of these sights, sounds and smells right within spitting distance, lent a profoundly immediate dimension to Gemma Ray’s lyrical explorations of love for all life, exile and relocation, nature's sovereignty, technology, class and most of all the need for human empathy.

The Exodus Suite is set in two parts, starting with a hymn-like paean to nature's forces, “Come Caldera”, a prelude that then kicks into the souful grit of“There Must Be More Than This”, an Afro-Beat meets Krautrock gambol with a sprinkling of Ethiopiques (courtesy of guest pianist Carwyn Ellis (Edwyn Collins/Zarelli). The next track “The Original One” is a soft lament about modernity, followed by “We Do War“, a chilling lullaby that shifts into a brutal siren song before “Ifs & Buts”, a Latin-tinged, surf-esque wig-out, rounds off Part 1. Part 2’s opener “We Are All Wandering”, has a Beach Boys meets The Wicker Man sound which segues into the improvised soundscape neo-spiritual “Acta Non Verba”. “Hail Animal”, set against a backdrop of brooding psychedelic tension, is an ode to the nature’s vastness and our place within it. “The Switch”, an intimate guitar and voice number, transitions into “The Machine”, an explicit call for human connection against the threat of technological distraction set to a synth groove. Finally, the esoteric, skulking “Shimmering” rounds off the album.