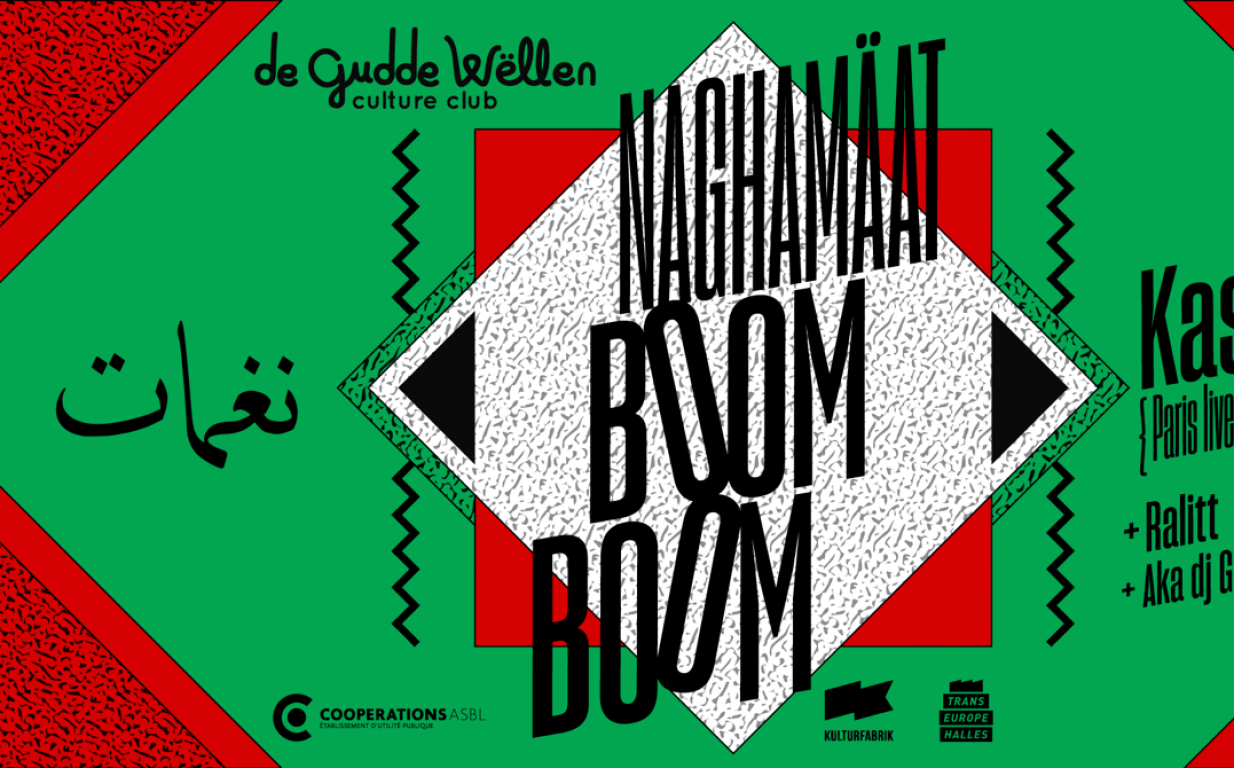 Nadir Moussaoui aka KasbaH is a producer based in Fontenay-sous-bois. The name of his musical project comes from his Kabyle origins and his attachment to North African countries. The "Kasbah", which means "citadelle", is the refuge of all. This cultural mix gives his music a special emotion.

The artist travels around the countries (Africa, South America, Europe) with his recorder in order to capture sounds, testimonies and melodies. With the help of machines and live instruments, he reconstructs a music rich in electronic rhythms and traditional melodies. The music, both bewitching and danceable, constitutes a musical genre between dub meditations and medicinal techno.

Known for her genre-bending approach, DJ Dziri takes the audience on a trip through the unexpected, going from the deeper side of minimal techno and acid house to mesmerizing Middle Eastern & North African sounds.
DJ and producer, DJ Dziri rose in a few years as one of the names defining the Brussel’s electronic underground scene. Born in Antwerp, she grew up in a Belgo-Tunisian family and first got interested in music exploring the whole richness of her multicultural identity. As a woman of mixed background, DJ Dziri translates her struggle and own identity to her music, telling a bit of herself in her sets, tracks and each of the projects she unleashed on Belgium’s capital city.

Gustavo Morales (November 16, 1979, in Caracas, Venezuela), is a musician-percussionist, Dj, explorer, and producer of experimental music, ambient and electronic with different textures and organic sounds.
Currently actively involved in the vanguard and alternative culture, nationally and internationally, through Itinerantes asbl and Another Level Productions.
Now based at the Grand Duchy of Luxembourg, working and developing some musical projects like the new concept "Travel on the Beat" at Gudde Wellen as coordinator and Dj resident, and also playing in different bars and European festivals.