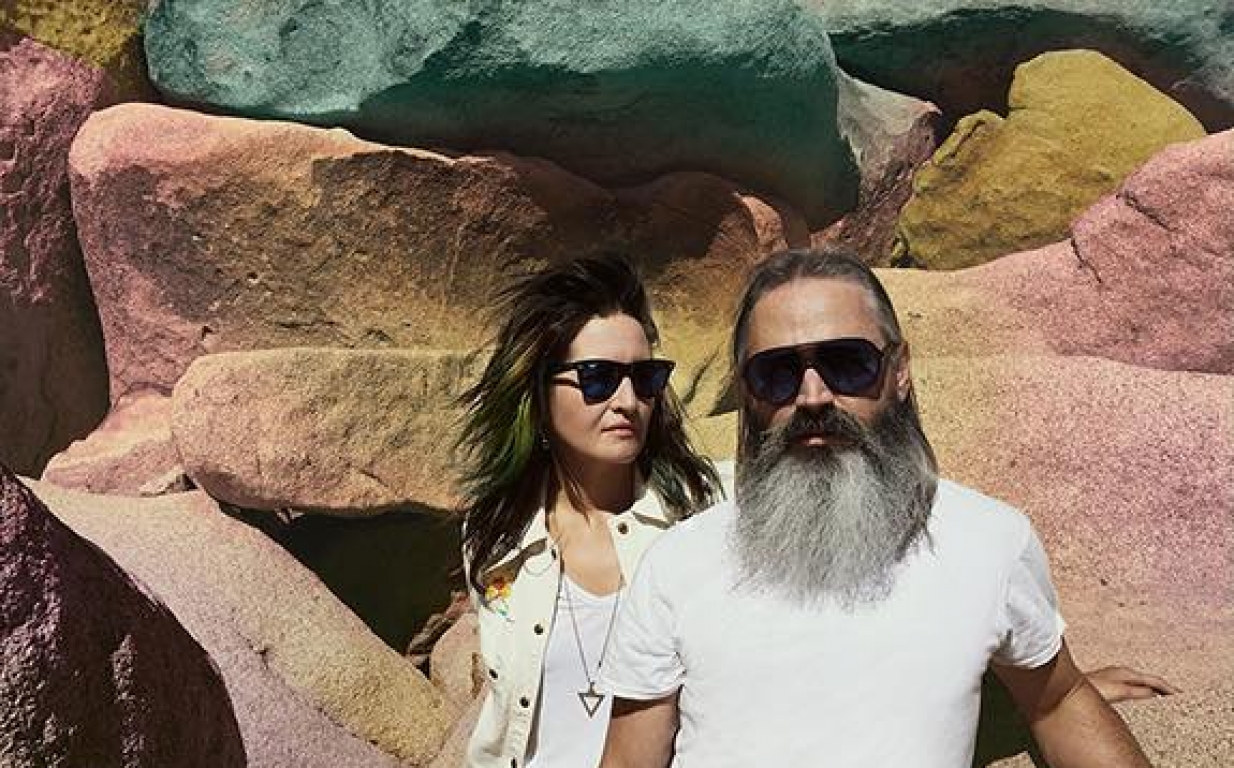 Founded in 2009, Moon Duo is a project of Wooden Ships Ripley Johnson and Sanae Yamada.

Based between Portland and San Francisco, Moon Duo are a psychedelic Krautrock band with

chilly electronic underpinnings and drones. They explore concept of magick and the supernatural

inspired by the root of the word occult is that which is hidden, concealed, beyond the limits of our

Signed to the Sacred Bones label, Moon Duo’s most recent album Occult Architecture is a

psychedelic opus in two separate volumes released in 2017. It is an intricately woven hymn to the

invisible structures found in the cycle of seasons and the journey of day into night, dark into light. It

harmonious duality of these light and dark energies through the Chinese theory of Yin and Yang.

Sonically the new records represent a dimensional shift in perspective for the band. Occult

Architecture is a shedding of genre tropes, and an inviting in of new textures and soundscapes