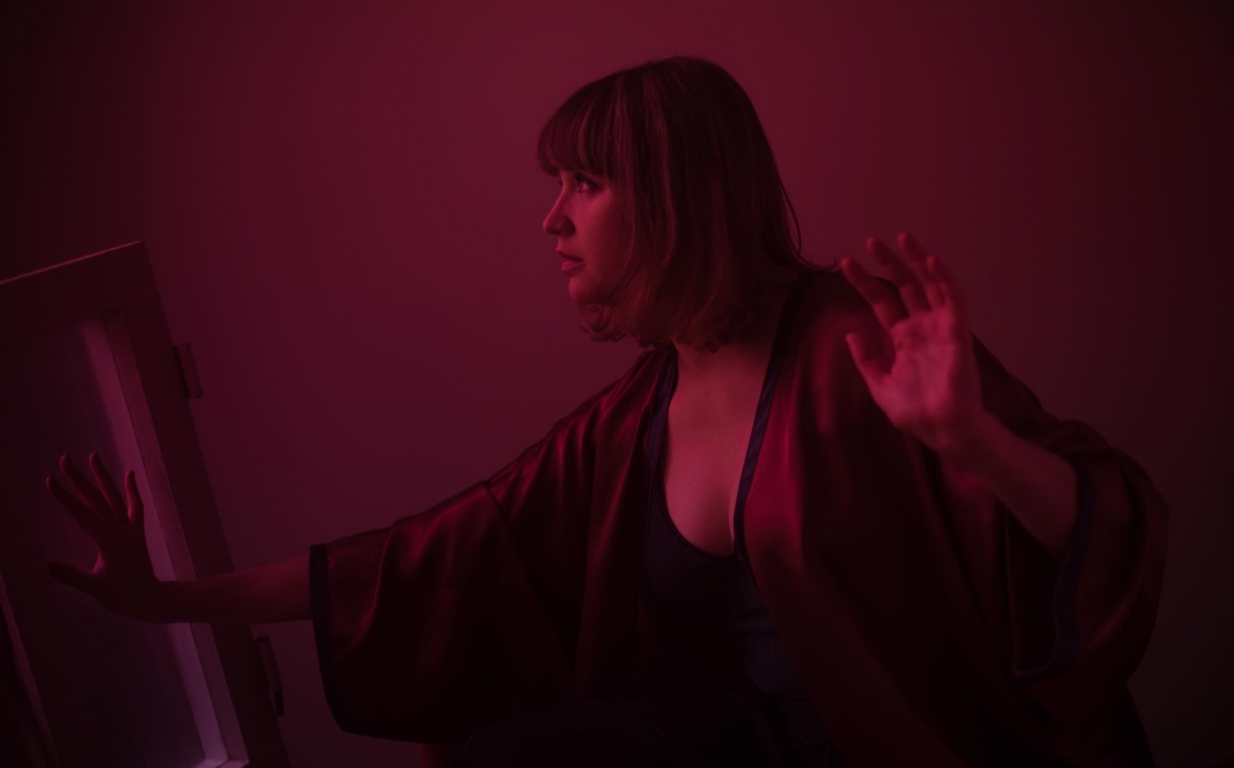 Life is, on occasion, terrifying. Day Fever, an album half-jokingly named after an outdated euphemism for hysteria, embraces that. The record is indie-pop act Dear Reader’s first in four years, and accordingly, singer songwriter Cherilyn MacNeil looks back on the ten days spent recording in John Vanderslice’s San Francisco studio, Tiny Telephone, as being “psychically painful.” She laughs, but she means it.

Already far from home in Berlin, the South African musician’s trek to San Francisco meant a huge adjustment in terms of her recording style. Well-known as a producer for acts like Spoon and The Mountain Goats, and a musician in his own right, Vanderslice has made a name for himself in analog recording, something Dear Reader hadn’t explored prior to the decision to record at Tiny Telephone. On tape, digitally correcting small mistakes during production wasn’t an option: they’d keep a track or erase it - all of it - and start again.

“It went against everything I felt comfortable with,” Cherilyn says, calling the loss of control initially terrifying. She remembers a recording, for example, in which she didn’t pronounce the ‘s’ sound at the end of a word, and wanted to redo it. Vanderslice, though, persuaded her to cozy up to these small mistakes, accepting imperfection as part of what makes good, honest music. (In the age of cloud back- ups, he once impulsively erased a track after Cherilyn’s questioning the use of a trumpet, teaching the lesson of “gone” the hard way.)

In the end, MacNeil insists that her decision to work with Vanderslice, rather than to produce the album herself in Berlin, was exactly what her music needed. It was also a whole lot of fun. She jokes that before flying to San Francisco, she’d stayed in her room making music by herself “for like, three years.” (It’s worth mentioning that Cherilyn did venture out of her room to win a German film prize for her work on the score for the black-and-white Berlin movie, Oh Boy.) Ultimately, recording on tape helped her commit to the performance and narrative act of making an album, and to break, in her words, the habit of “editing the life out of things.”

In Day Fever, those old habits have died, and hard. The raw, melodious, at times discordant record has most certainly retained its life, left fresh and untrampled by infinite do-overs. In fact, each song on the album is the result of just one, or a maximum of two, studio performances. For anyone who has ever discovered new music live and run home, hands shaking with anticipation, only to find the same songs sterile and over-produced off-stage, Dear Reader brings relief.

“Oh, the Sky,” the album’s opening track, punctuated by what could be the drip of a mechanical IV, is a crisp, triumphant take on grief. “The saint in the painting is fetching her home / His arms are outstretched and he’s beckoning, come / It rattles the blinds and it shatters the window,” Cherilyn sings. It’s painful and it’s pretty, setting the tone for the rest of the record.

With a notable lack of reverb, Day Fever sounds more minimal, more vanguard than Dear Reader’s previous albums, bending to match the album’s thematic pitch: if Rivonia (2013) pulled us back into the MacNeil’s (and South Africa’s) history, Day Fever slingshots us into the present to confront life in real time.

It’s the most naked thing Dear Reader has ever made. With lyrics that teeter on the knife-edge of saying too much, the new album hides nothing, preferring the gauzy ornament of biblical language to cloaking songs in obscurity. With reference to saints, kings, prophets, holy tongues, and beasts, Day Fever paints a world in which our secret selves, both the noble and the ugly, lay exposed out in the sun. In “If Only Is,” we run through a darkening forest from a clangy mix of instruments (and arguably also from our inevitable aging): “We can’t afford to linger long,” Cherilyn tells us. “If only is the bitterest song.” In “Placate Her,” we wonder why we can’t just be nice to ourselves. In “I Know You Can Hear It,” we tap our feet to the tambourine and also, incidentally, to a tale of a king who murders women for fun. “Mean Well” is a tragic look at vulnerability and anxiety, and in “Nothing Melodious,” the choir echoes Dear Reader’s worst fear in investigating this kind of suffering. “Get to a doctor,” she sings. “You’re making a fuss.”

In all its darkness, Day Fever ends on a sunsetty high. “The Run,” the final track (which Cherilyn wrote on her phone, out running one night) gives shape to the soaring sense of invincibility that comes with embracing the burn of a life lived raw and open. “A choir of uneven voices / Futile / But it’s very beautiful,” she sings. Bells toll. Anything but insincere, Dear Reader makes you wonder if there’s anything more important than finding beauty in imperfection.

That’s not to say this isn’t difficult, or that the album doesn’t veer towards the void. With three tracks that beg to stop time and another two lamenting the mundane terror that lurks in supermarket aisles and in bedrooms, it’s definitely difficult. It’s definitely dark. But no one ever promised otherwise. MacNeil admits it: “Right now my view seems rather dark,” she sings in “Then, Not Now,” the penultimate track, confronting religion and homeland one final time. If Idealistic Animals (2011) was a eulogy of the singer’s faith, this song is a burial. In all its lyricism and theatrics, Dear Reader affords herself a few plain words: “It is our noblest endeavor / to improve on the past.”

And she has. – Anna Geary-Meyer